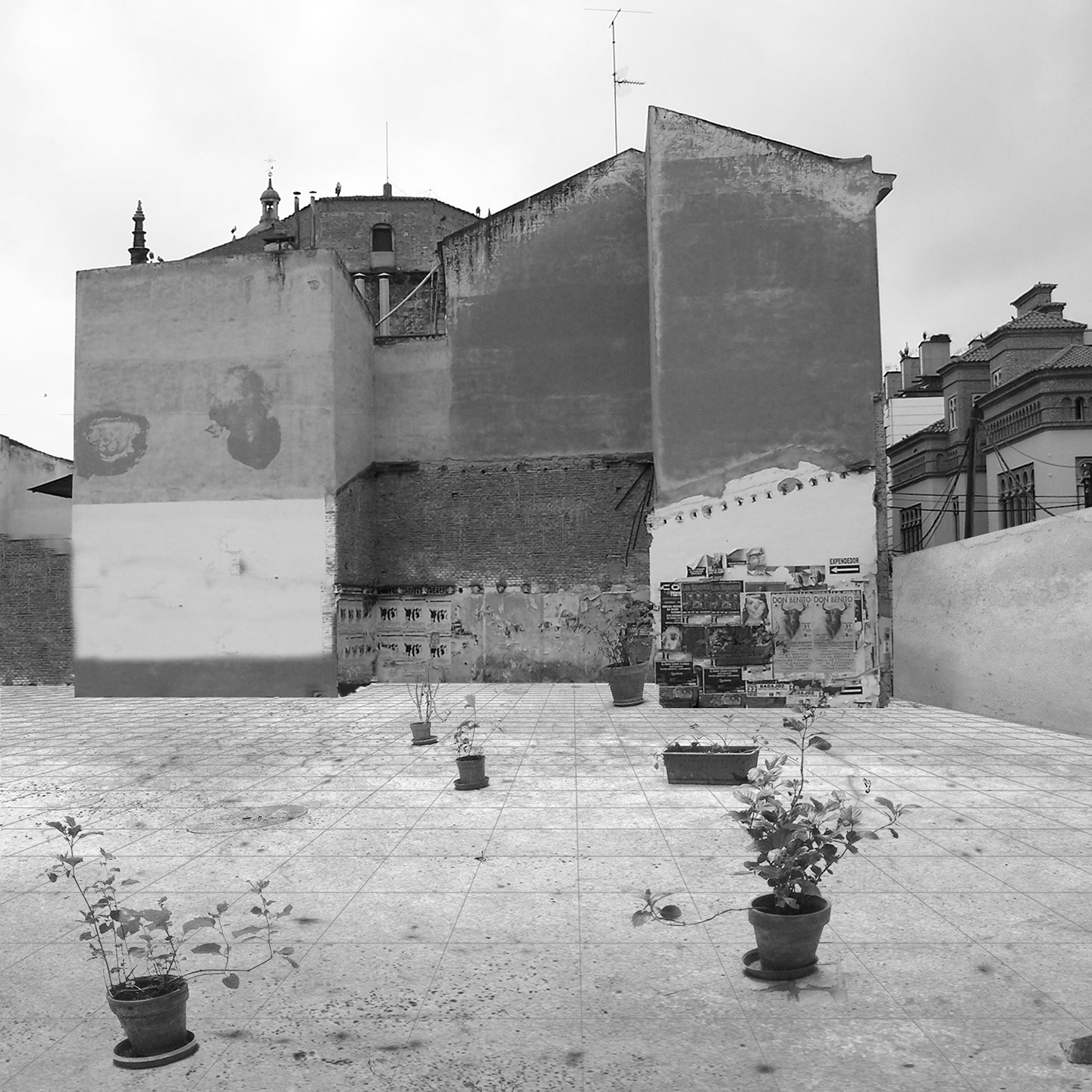 The city of Don Benito is located in Spain, in the Estremadure region, known chiefly for the importance of its agricultural production.
An outer enclosure delimitates the city from its adjacent agricultural land.
The project’s site is located in the city centre, the current Plaza España, taken as the historical centre. It is connected to most of the main roads crossing the city.

A process of identification to space justifies the elaboration of an architectural device. The erection of an enclosing wall on the main place re-establishes a relationship of interiority to which the Church and adjacent buildings provide the main guiding elements. This new place thus enters in a dialogue with its direct surroundings and is reinforced by other interventions on the site. Courtyards – currently trapped with existing buildings and hence restricted to block inhabitants – are opened up towards the street. The city flooring is covered with a slab that underlines the frame of this urban intervention.

An autonomous element at a rudimentary architectural scale emerges from this territory. This logic is extended to the production of the city. Through partial and justified occupation, the enclosure has the potential to re-determine urban planning.