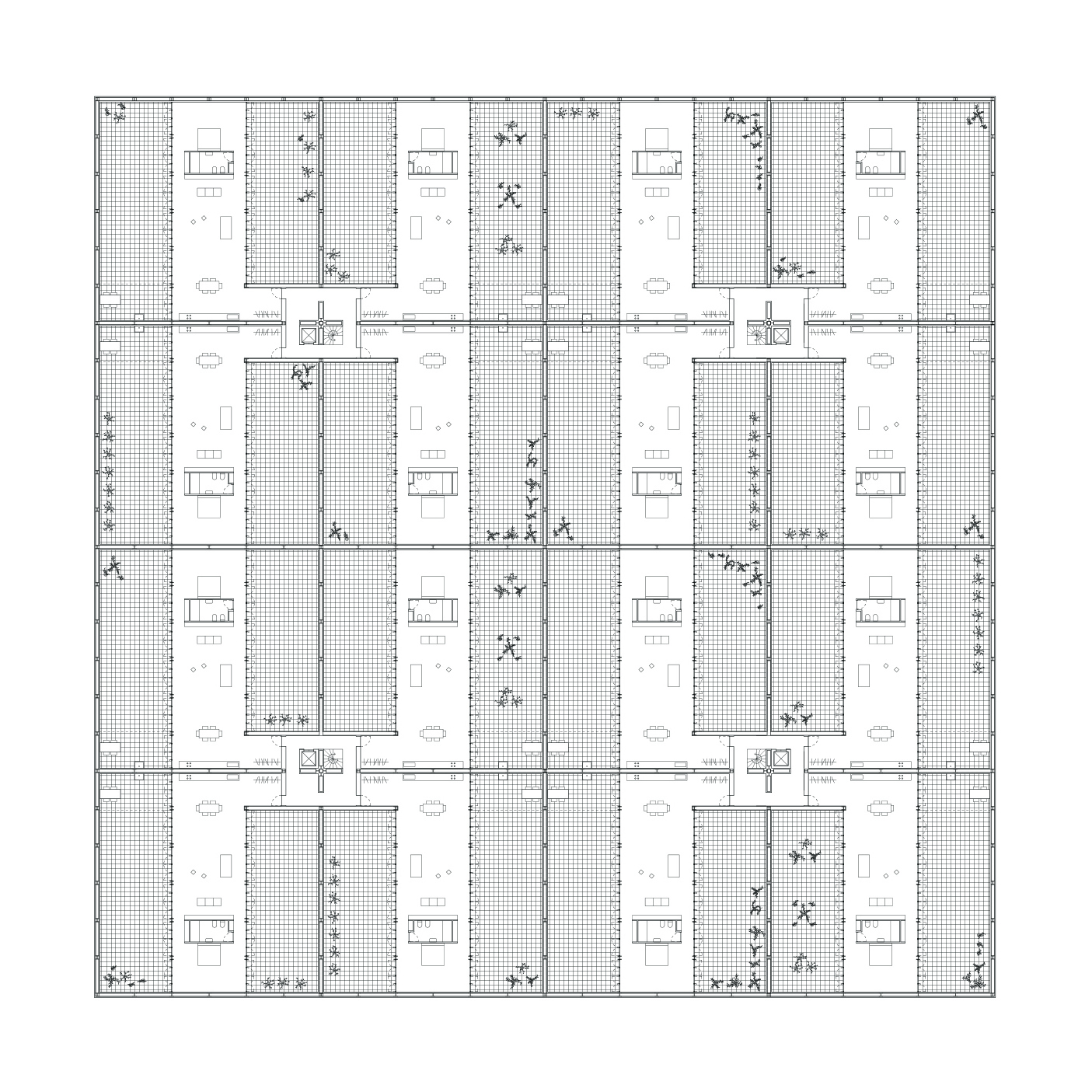 Marfa is an atypical location for a housing project. Indeed, it is home to extreme variations in temperature, but most noticeably it hosts one of the most progressive communities in the United States.

Could a prototype housing project rely on the particularities of this specific locality to enhance the concept of housing itself?
In our view, housing should:

In other words: each housing unit should be as equivalent to the others as
possible, and the housing project should contribute to the public space.

One simple solution is the grid scheme –or so-called Manhattan plan– where circulation defines housing units. Every unit is surrounded by four “streets”.
However, it is not a very efficient one: distribution takes up a very large portion of the plan and shared space is merely a circulation area. 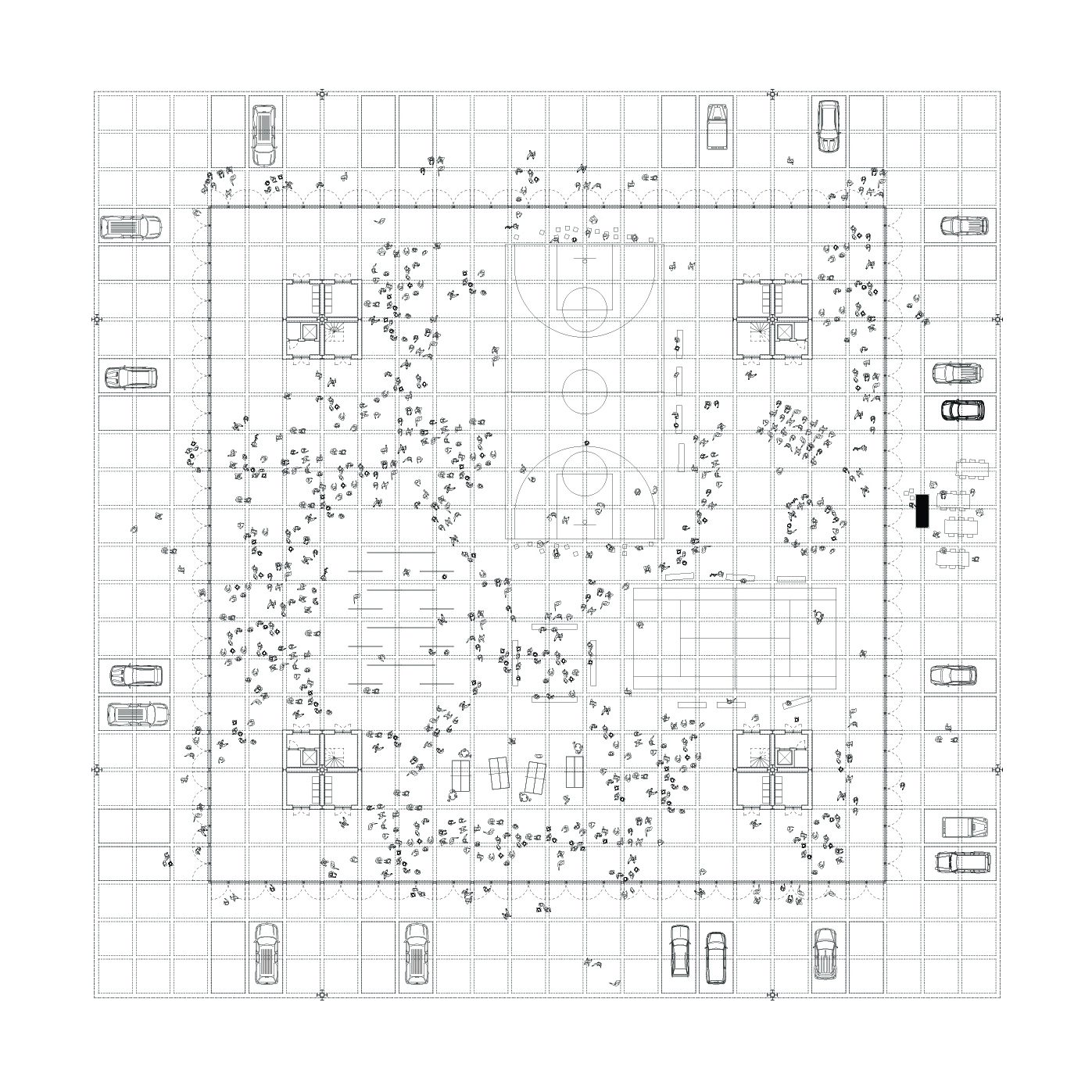