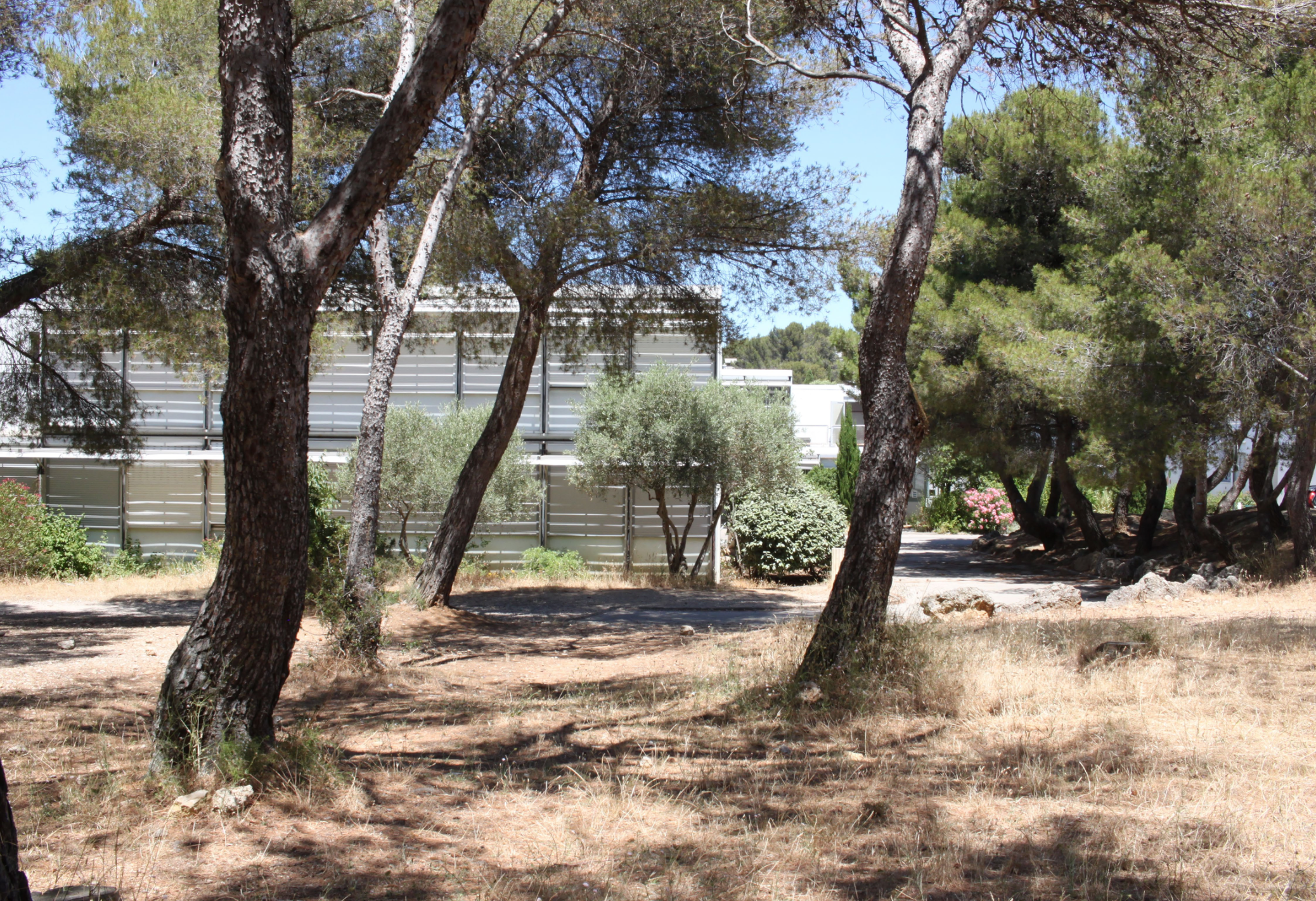 While Istres constitutes a significant element of the Aix-Marseille-Provence metropolis (AMP), it is difficult to say that it participates directly in its production space. Indeed, formed mainly of single housing units, its atmosphere is far from the ports, the industrial character of the basin or the chaotic urbanity of the big cities.

In contrast, the CEC is a materialization of too great of ambitions. Included in Atelier de Montrouge's wider metabolist project, it is its only realized part. In the initial project, the urban expansion of Istres is considered the only plausible or desirable hypothesis. Half a century later, it is clear that the area requires revitalization.

When visiting the site, one immediately notices a discrepancy between the multitude of facilities and the low human density of the area. The departure of certain institutions seems to support this discrepancy. 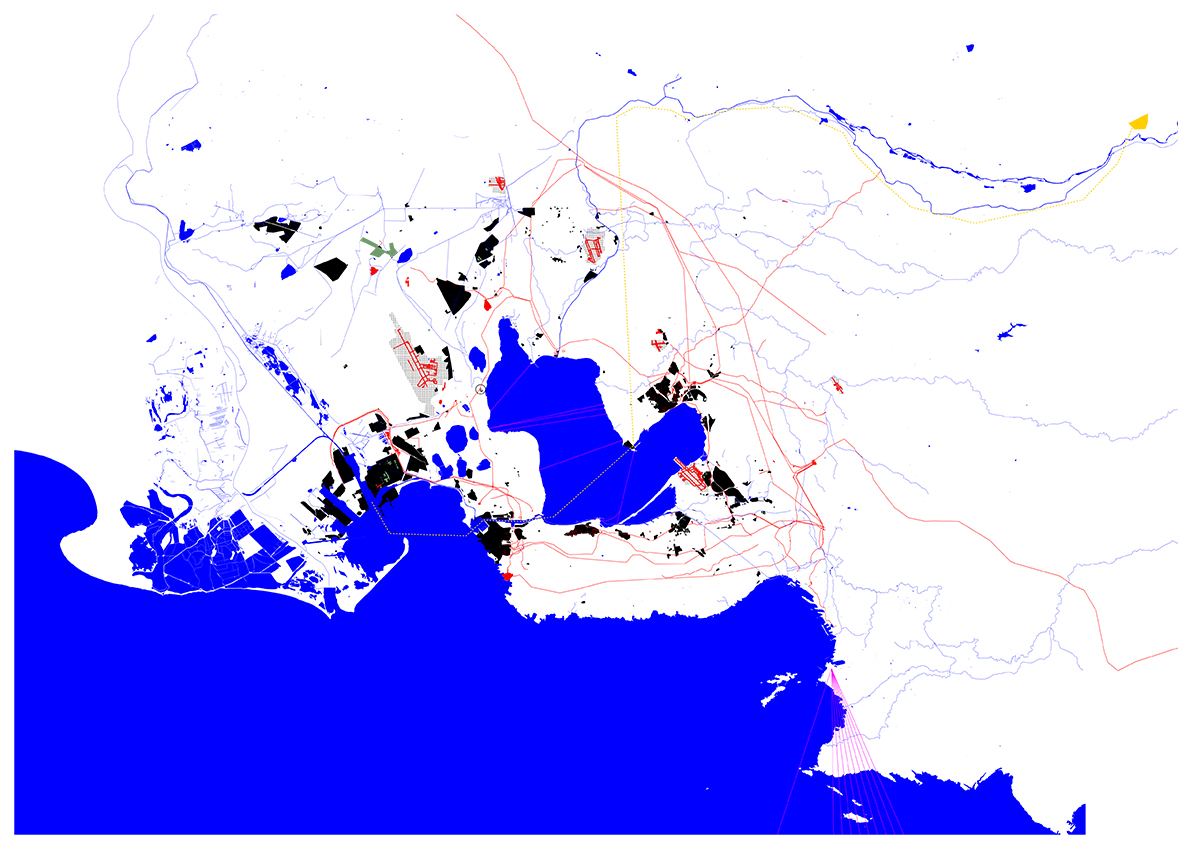 What then are the most likely approaches that seem doomed to failure? Two main actions, cumulative or not, will undoubtedly form the basis of most projects for this site.

Given the successive departures of many institutions, and on reading the brief, one primary type of response will emerge: programmatic injection. The teams that adopt this strategy will count on an influx of population that is difficult to guarantee. The excessiveness of such an approach constitutes an economic risk while inferring a potential atmosphere of desolation due to low occupancy.

The second type of response will attempt to revive the central street project imagined by the Atelier de Montrouge. These projects will propose a form of soft mobility, certainly coupled with pedestrianization. Such a successful pedestrianization relies on significant commercial activity on the ground floor. Again, the success of such activity depends on a considerable influx of visitors. This influx cannot be guaranteed and also carries a risk.

Neither the programmatic injection, the activation of the central street, nor even a combination of the two intentions seems to us to respond to the complexity of the site and its geographical situation.

The question then becomes: is there a project that can support the current low human density of the site while having the potential for growth in the number of users?

The project we propose will be clear, understandable and easily communicable. Political actors, residents as well as users must be able to describe the project with ease. 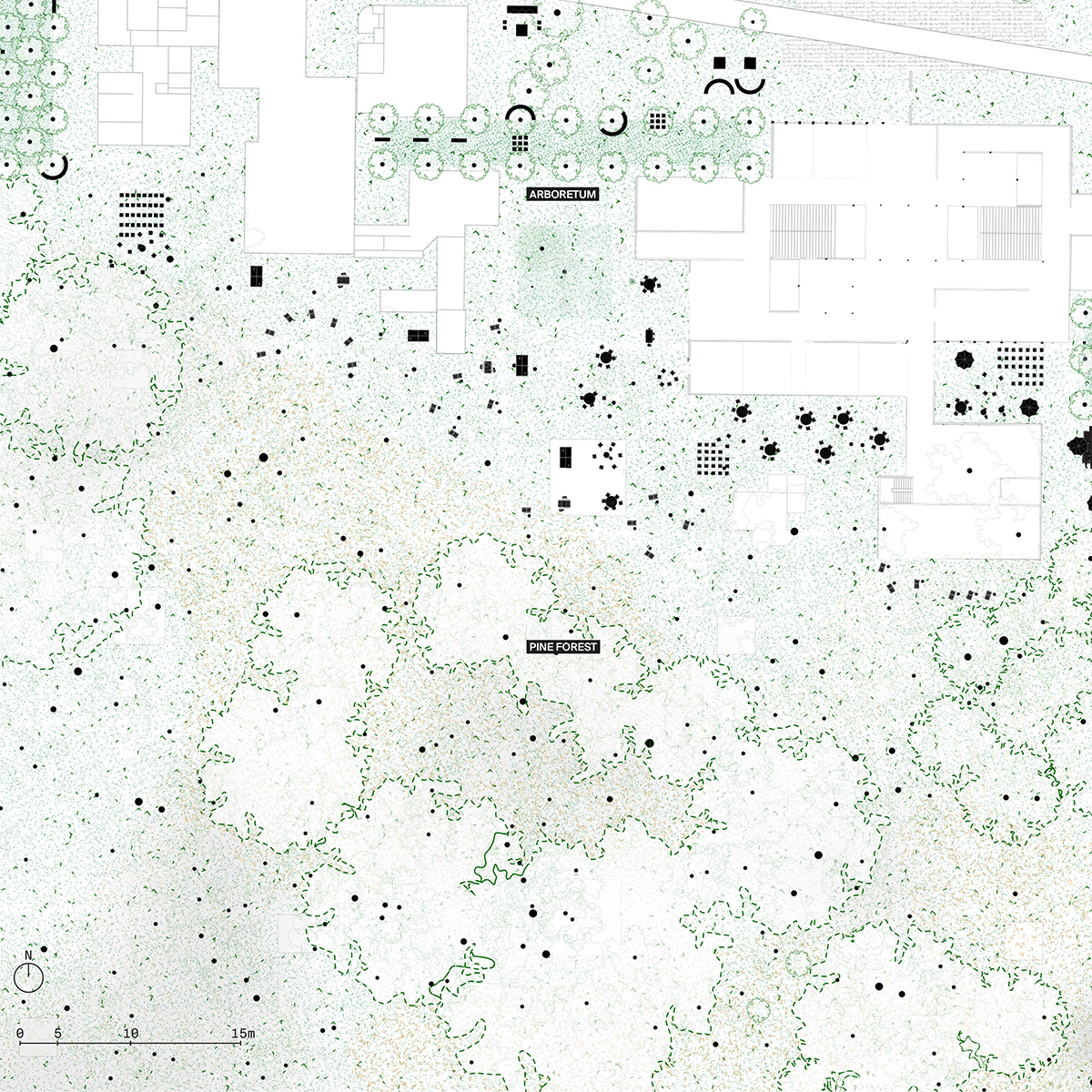 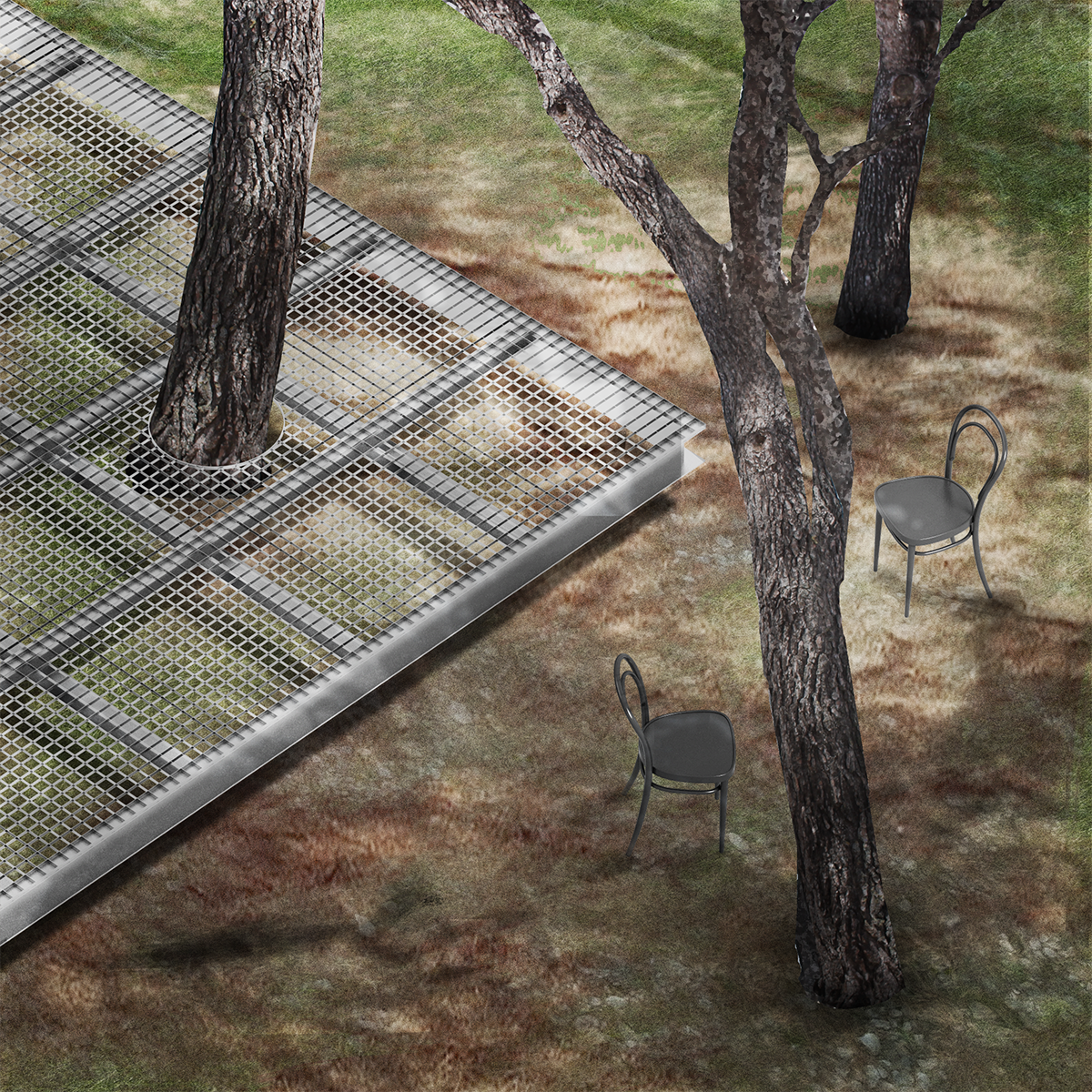 The reason for such a choice seems obvious: the ideal location adjacent to a residential neighbourhood and overlooking the water are just two of the assets that make the site suitable for such a program. Indeed, what other program can live with a few dozen users but also while cultural or sporting events whose appeal resonates beyond the immediate neighbourhood take place?

The equipment already present on the site can be activated as users arrive or leave. A park, whose access would not be limited to the daytime, would allow the occupants of the buildings to come and go, day and night, without the risk of sometimes being confronted with the absence of other users.

The park project has several layers articulated not only to each other but also to the existing architecture. Existing uses are reinforced, new ones are supported.

At the top, a staggered windbreak hedge protects the sports infrastructure from the mistral. A landscaped strip (fitness area, meditation areas, shaded areas, clearings) encourages individual and collective sports and leisure activities to the east.

The Park as a Garden

The pine forest, the scrubland and the newly created arboretums blend with the buildings. The open spaces of the clearing adjoin the shaded areas with dense vegetation.

The cost of such a landscape intervention is low compared to any construction project. Its success is also a less risky bet.

The projects we mentioned earlier - the programmatic injection or the activation of the central street - are not incompatible with the park. But the park is an absolute necessity to ensure their proper functioning.