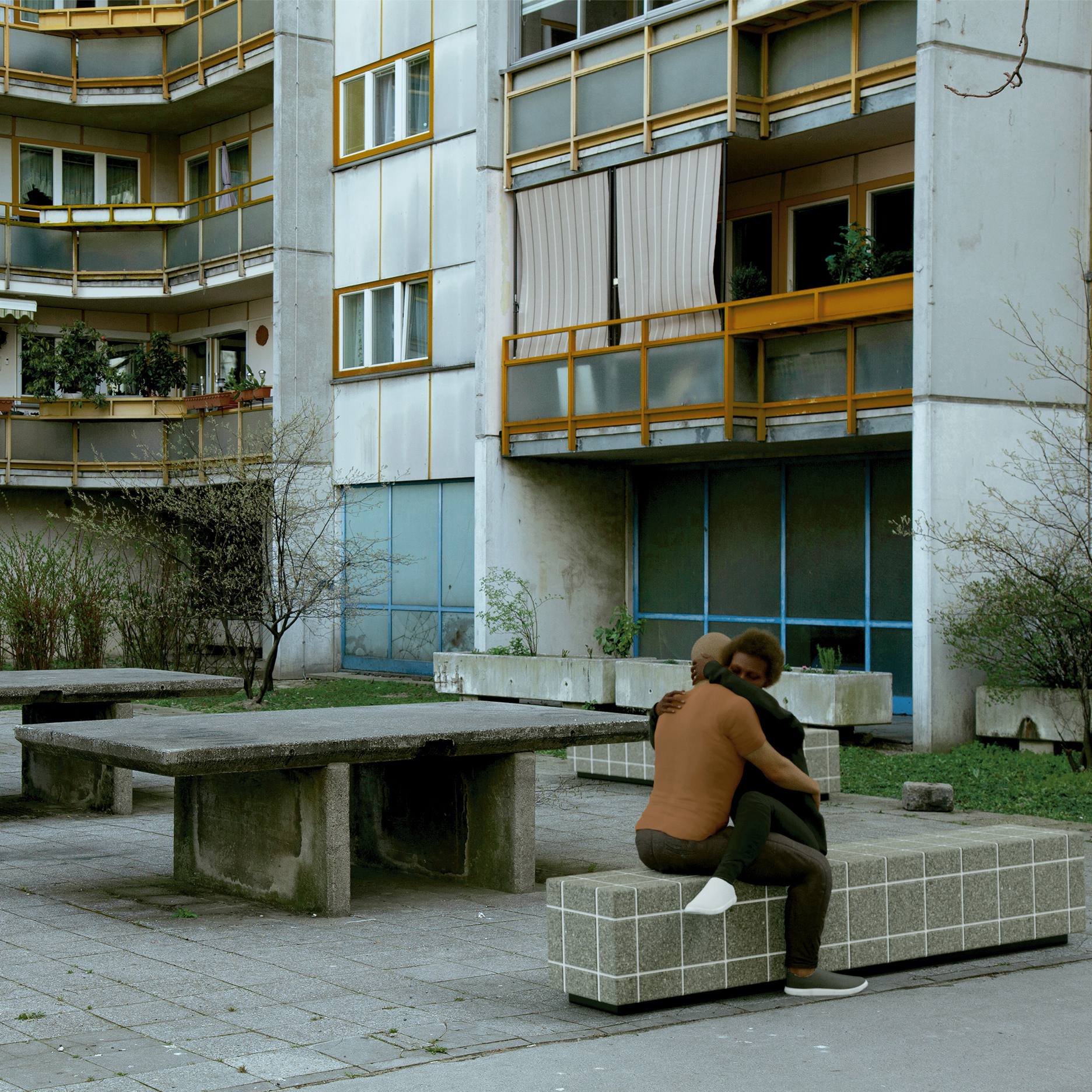 Global recovery by a single mode of production (capitalism) has made governing bodies generally consider public space “active” when commerce is part of the equation. In a sense, public space (like private space) is not evaluated relative to its use-value, but rather according to its power to enable commercial exchange. The pandemic significantly reinforces this assertion for two reasons:

While Vienna is famous for the care given to public space in its most touristic areas (generating a profit for the city), we propose to act on two types of spaces:

Our project consists of outdoor furniture covered with marks every 20 cm. While they could serve as an objective measure of social distance, we leave their use to the users' discretion. We do not doubt that public space is successful when hosting a combination of use and misuse, not entirely conditional to firm ownership, and where habits can form. 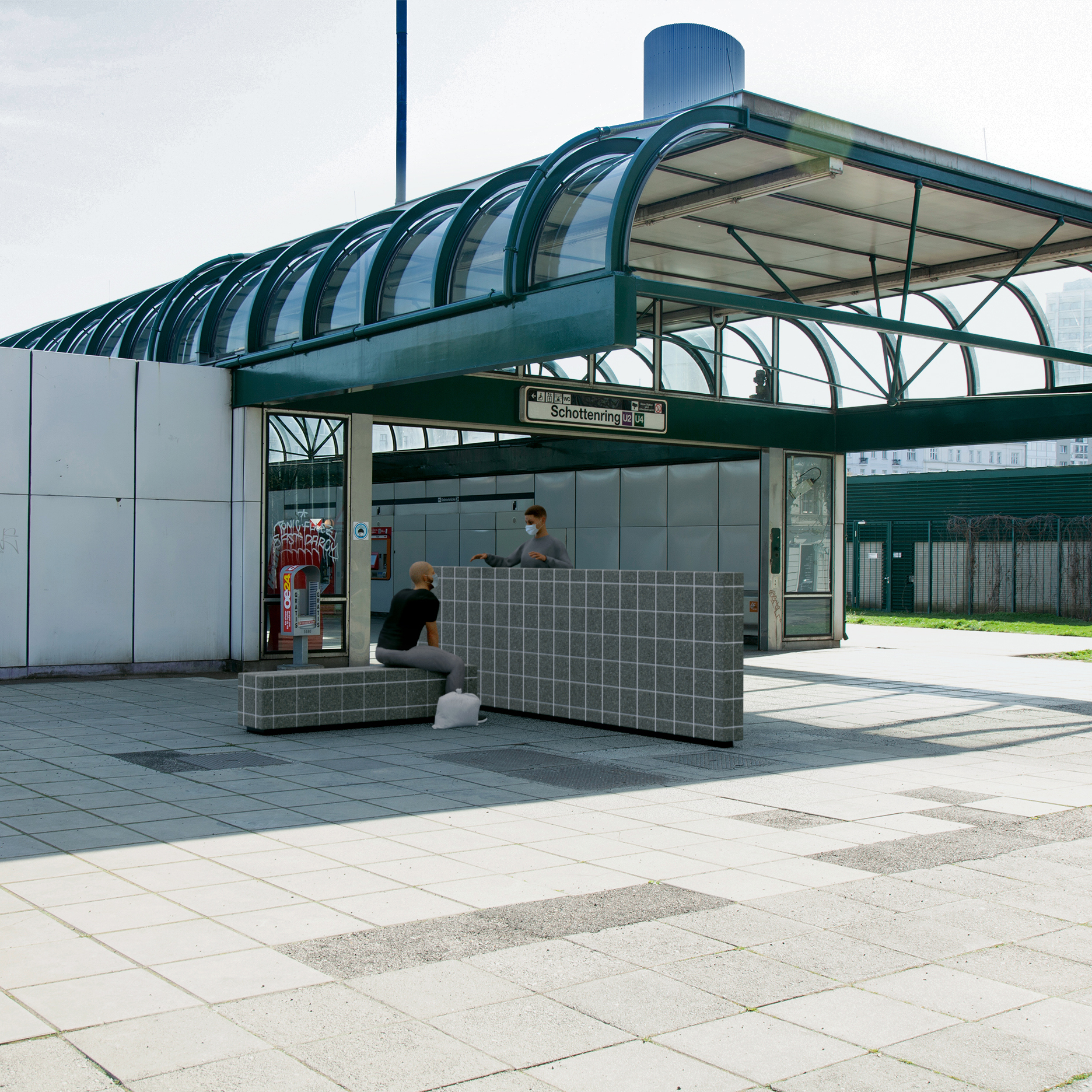 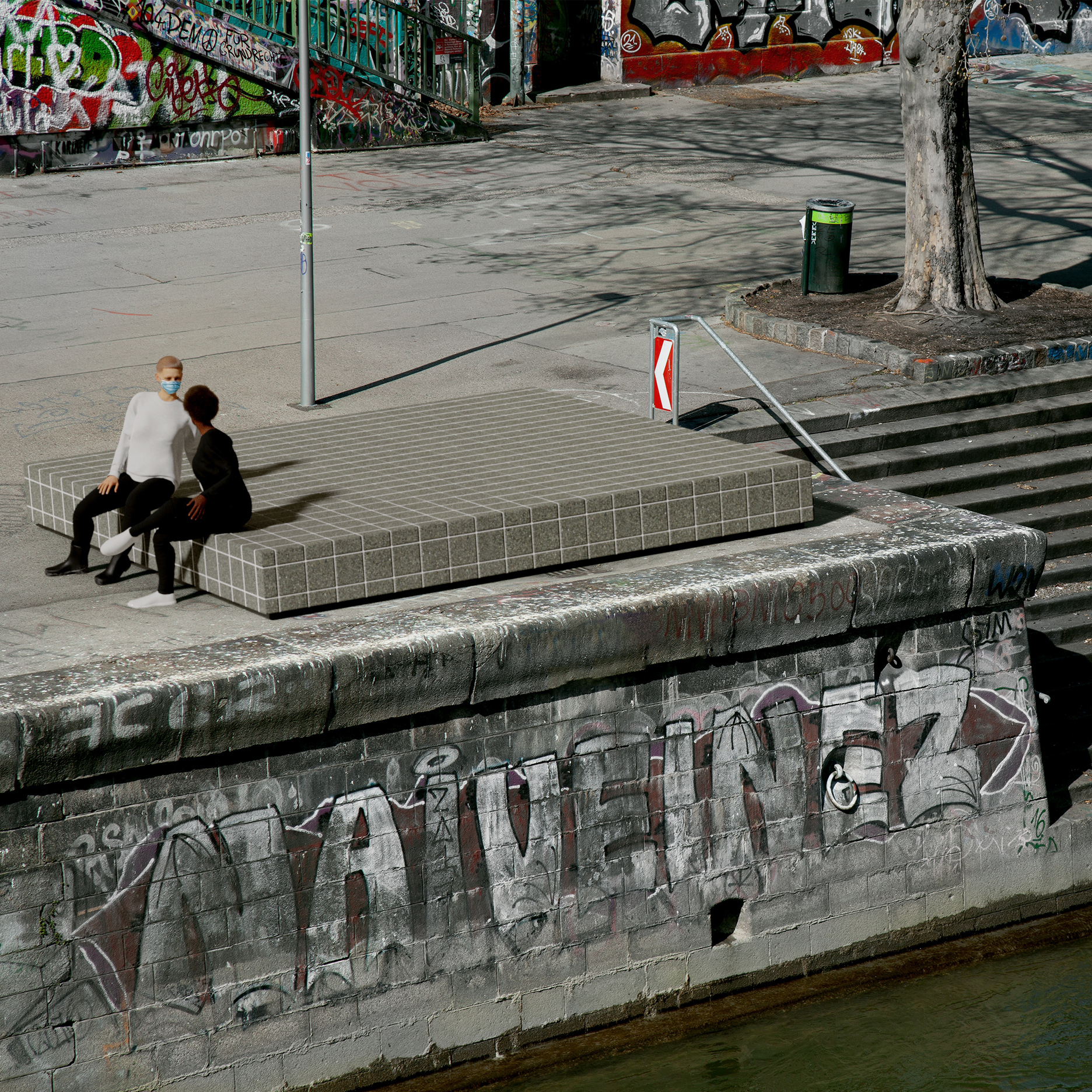 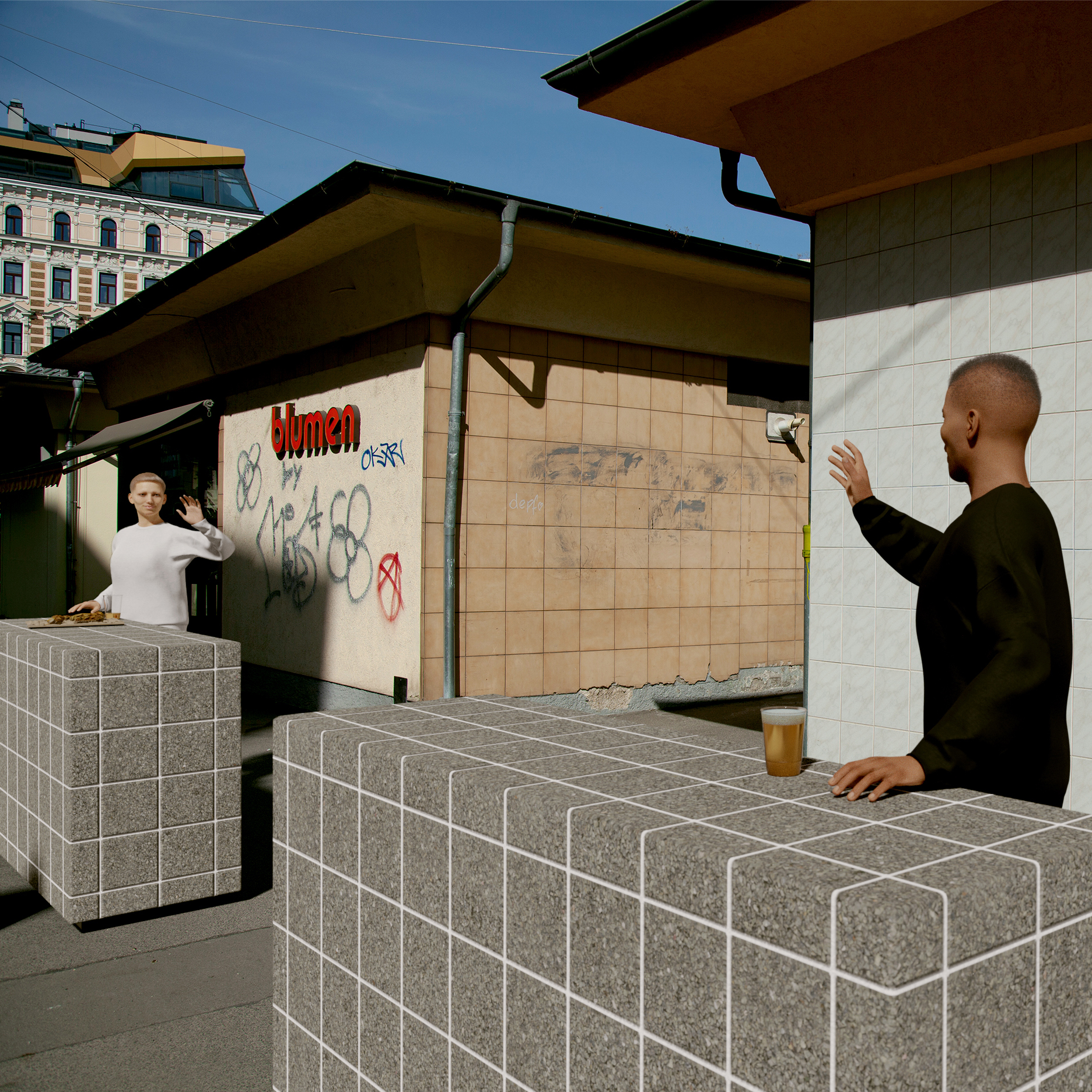 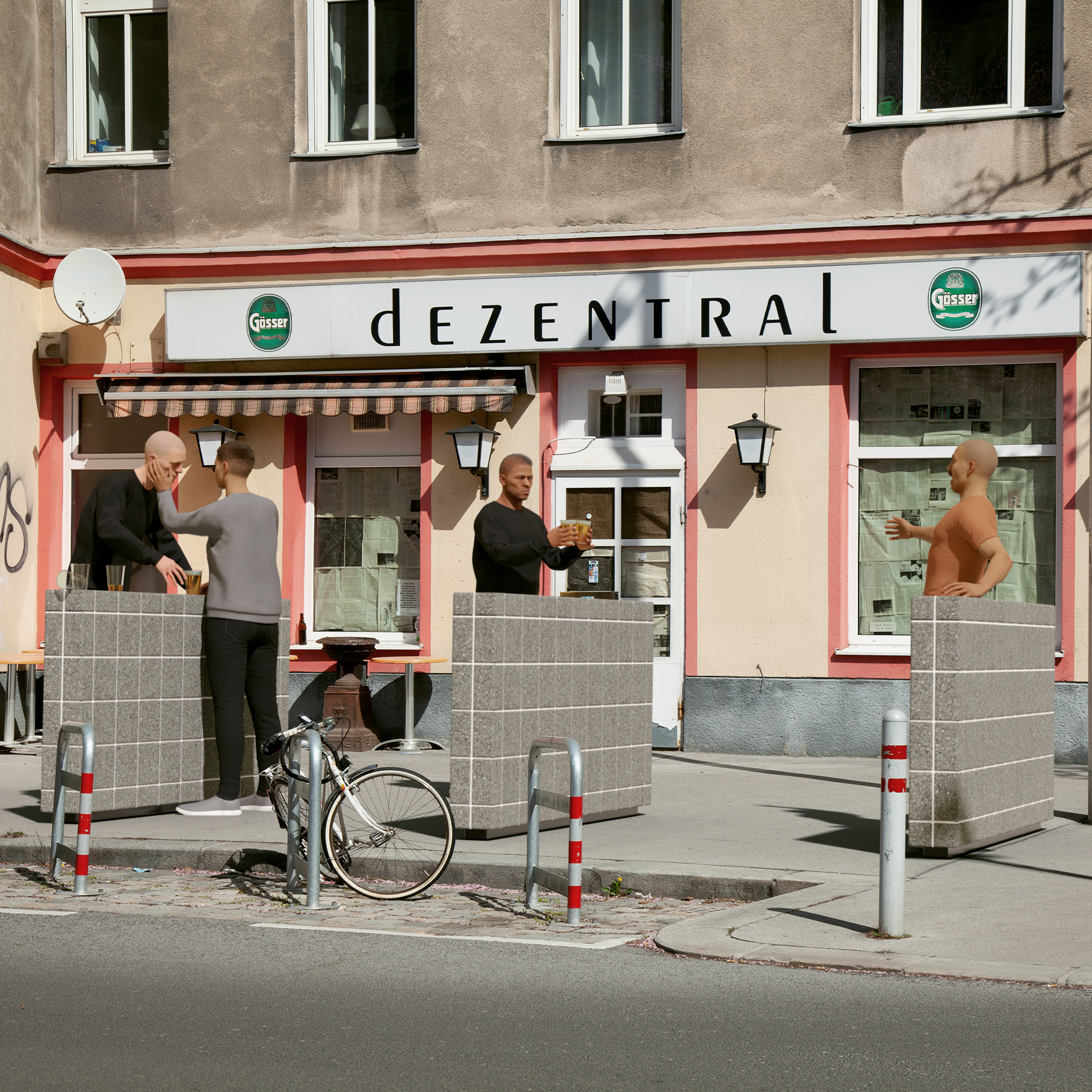